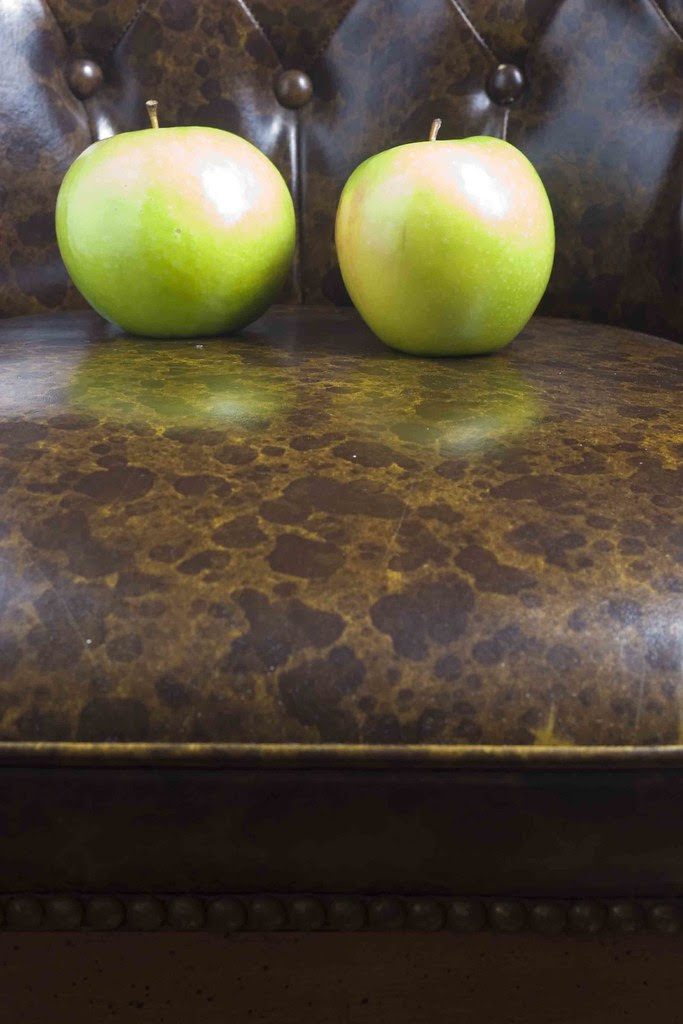 I've rewritten this post thirty times, nearly literally, and have realized the best way to say it, is just to say it.  I've been away from Peas Love Carrots because my father passed away, suddenly, early this month.  I rushed off to Enid, Oklahoma where he and some of my family live and have just recently returned from there.  I thought about not mentioning it on the blog, but well, it felt sort of wrong not to.
I don't intend this to be maudlin in any way.  The sadness I feel is mixed with the joy of memories of Dad.  Which is how I feel it has to be.  The years have been stripped away from thought and I am finding comfort in childhood recollection.  After hearing the news he was gone, several memories rushed immediately to mind that have not left it since.  One was of his large bristly mustache, which was an eternal source of amusement for me as a little girl.  The mustache had a personality all it's own and I would watch with curiosity as he groomed it every day with a little comb that reminded me of the one I used on my Barbie's hair.  It would tickle my cheek with every kiss goodnight.  It would twitch, Charlie Chaplin-style, whenever he knew I was watching him, just because he knew it would make me laugh.  As I would also giggle whenever he ate, as some crumb of food would inevitably get caught up in it in the process. 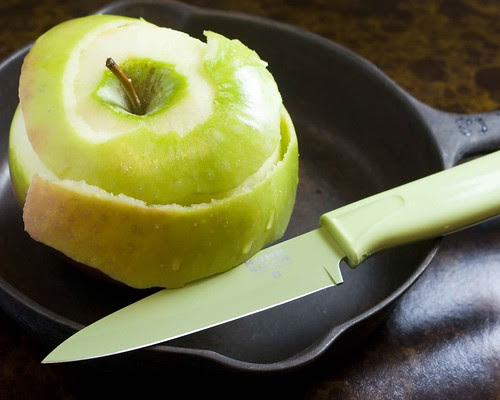 Another memory is of his spontaneous hijinks in the kitchen, whenever Mom would let him break into her domain.  My mother made food that made you know, in your bones, you were well cared for.  The sort that are comforting touchstones that in adulthood serve as Proust's Madeleine in their ability to whisk me back a decade ago to her kitchen as I now cook them.  My father, however, was a mad wizard at the stove.  If the notion popped into his head to cook, the best thing to do was to rush to the kitchen doorway and watch the fun.  There were no sweet moments of helping chop or stir like there was with Mom.  Just a flurry of flour, the rattling of odd pans and in the end, fantastical dishes I had never knew existed.  They were most often inspired by his Southern-American roots, though I don't know how much of that I realized at the time.  This meant Louisiana crab cakes stacked in high towers and made with mascarpone, étouffée with olives and saffron, and once, as I watched in awe, he stuffed apples with golden raisins and brown sugar and then, with his long fingers wrapped them whole in pastry dough to bake. 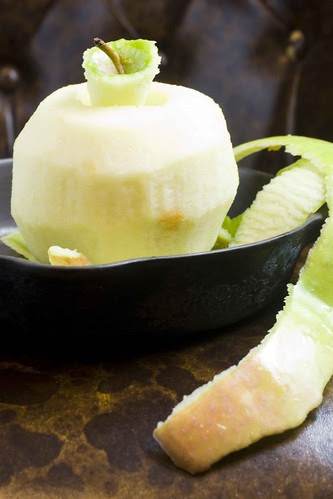 I now know these are called Apple Dumplings and the recipe is rather common in the South.  But to me they will always be magic, and they will always remind me of Dad.  Last night I had my first real desire to cook something since returning from Oklahoma.  The choice for me was clear.  It would be Apple Dumplings.  I realize I am truly biased here, but I have to tell you that this is the best version you are apt to taste in your life.  It's rich without being cloyingly sweet, and fun and easy to make, though you'll look like a gourmand when it's served at the table.  Please trust me on the crème fraîche, and leave it unsweetened for your first attempt, at least.  It's nutty and perfectly lush with the apple and crusty pastry.

Just remember to check your mustache, should you have one, for crumbs while rapturously enjoying this... I can nearly guarantee you you will have some. 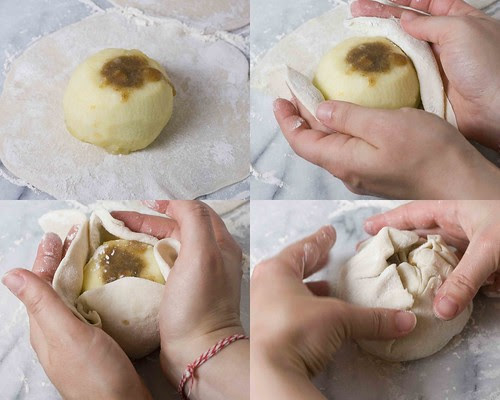 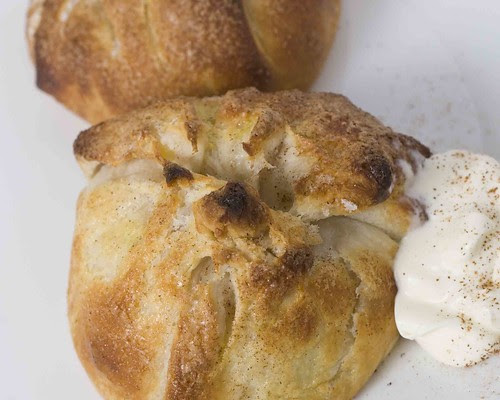 What you need to get..

For the dumpling base...
4 Granny Smith or other tart apple, peeled and cored, but keep whole
4 raw flaky biscuit dough rounds (premade and found in cans in refrigerated sections in the US) or 1 sheet puff pastry dough (make it yourself, or buy frozen and thaw)

Place peeled/cored apples in a microwave safe dish and microwave on 50% power until fork-tender (5 - 7 minutes for most).  You can also bake for 10 - 20 mins at 400˚F lightly covered in tin foil for same results.  Once tender, remove to refrigerator to cool.

While your apples are cooling, mix the filling ingredients and set aside.

Roll out each biscuit to about a 7 - 8 inch round (depending on the size of your apples) on a floured surface.  Place one apple on each round and fill each with 1/4 of the filling mixture.

Brush beaten egg on dough around apple, then bring up the sides to wrap the apple.  Seal and finish with a twist at the top of the apple.  Brush outside of dumpling with a little more egg, then dust with white sugar.

Place your sealed dumplings on a baking sheet, and bake for 15 - 18 minutes, or until golden.  Serve with crème fraîche and a dusting of cinnamon. 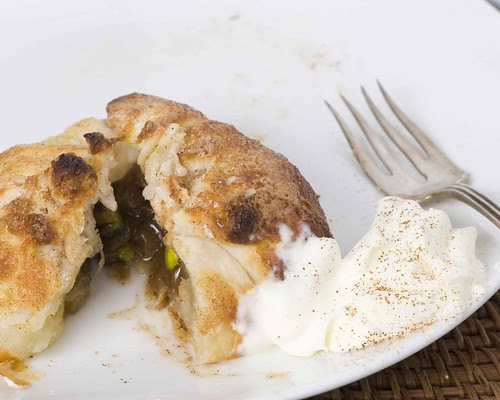